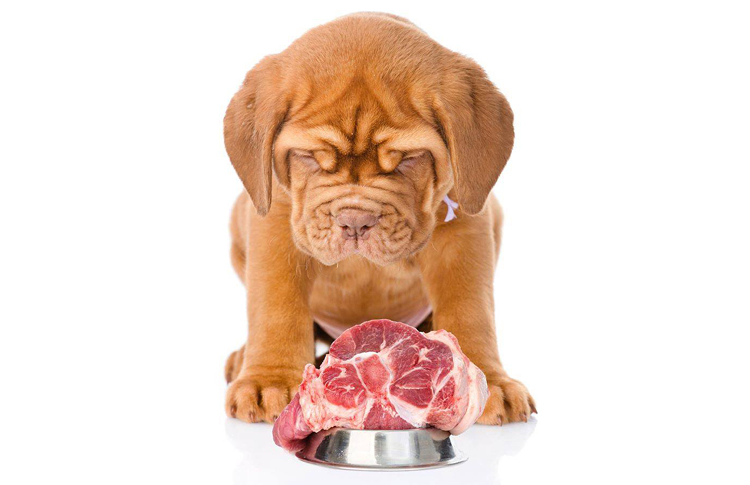 In 2018, a team of Swiss veterinary scientists noticed an odd trend among a sample of dogs and cats. In a group of 64 animals, over half carried spectrum beta-lactamases (EBSL) producing germs. In our modern world, these germs are considered a problem for both pets and people. EBSL are enzymes that can make certain antibiotics not work, and are playing a large part in the increasing number of antimicrobial resistant bacteria.

Public health experts have warned that antimicrobial resistance is one of the most pressing threats to human and animal health, so the fact that our own furry family members contained bacteria that make antibiotics lose their effectiveness was a concern. The team from the University of Zurich behind the research had a good inkling as to what was causing this, raw meat based diets or “biologically appropriate raw food.” That’s a diet of raw muscle and organ meats, as well as raw meaty bones.

To test their hypothesis, the team purchased 51 samples of raw pet food formulated for dogs, either online or from various pet specialty stores near their lab, and tested the meats for enterobacteria. While some strains of enterobacteria are harmless, their family also includes pathogens like E coli and Salmonella, some of which are antibiotic-resistant.

The team only recently revealed that the raw meat sampled, turned out not to be something you want to give to man’s best friend. Nearly 73% of the samples contained levels of enterobacteria that exceed the amount the European Union says is safe for pets to eat, while antibiotic-resistant strains of bacteria were found in 63% of the meat.

On top of this, Salmonella was found in 3.9 percent of the samples, and one contained E. coli.

Now this research leaves a huge pet food movement up in the air, with large growing numbers of pawrents now feeding their fur family a raw diet, based on studies of nutrition, as well as the simple fact that dogs are carnivores and thousands of years of history tells us this is what they would normally eat in the wild.

There are a few hitches however. A dog naturally hunting and eating meat in the wild, is more often than not straight from the source, usually still warm in the case of a hunt and kill, and while may contain parasites like worms, would more likely be free from this bacteria.

One can only assume that it is the human intervention with potentially incorrect processing, storage, handling and our want to feed a now domesticated dog a diet from its primitive ancestors for nutritional purposes.

Given the amounts of conflicting evidence arising from both sides of the fence, we may need to look to a quote from our friends at Old El Paso, and “why not have both?”

Our product catalogue contains a huge range of jerkies, bones and chews that follow the same nutritional line. Although they are not raw and have been gently dried, they contain nearly all the same nutrients and minerals as a raw meat diet, while being shelf stable for storage and do not contain any nasty bacteria or bugs because there isn’t any moisture for them to grow! All of our meaty treats are all natural, 100% meat based, mostly single protein treats, free from additives and preservatives…. Just like Buster would eat in the wild, say… if we removed his studded fashion collar, cold weather booties, his heated mattress and weekly groom and pedicure… he is sure to be a rough n ready wild one like his ancestors!